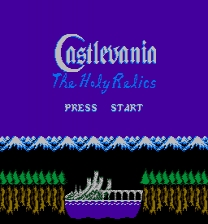 Castlevania: The Holy RelicsRead Me