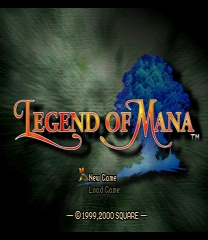 Legend of Mana - Combat ReduxRead Me