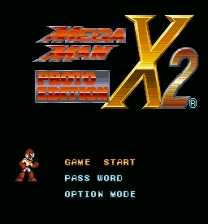 Metal Sonic in Sonic the Hedgehog 2