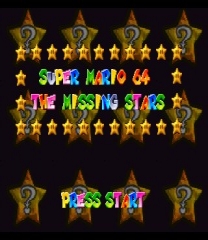 Super Mario 64: The Missing StarsRead Me