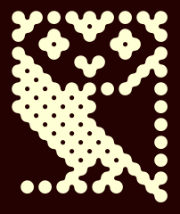 Feel free to play or download high-quality BBC Micro ROMs for free from this page. In this website, you will find a curated list of retro Acorn BBC games which you can download to play within an emulator in your computer, or you can just play them online. You can start by playing the incredibly popular Acorn BBC ROMS such as 3D Grand Prix, Repton, 4Mation, and Granny's Garden amongst others.

BBC Micro was released by Acorn Computers way back in 1981. Acorn Computers is considered as among the very first home computers in the world. It is believed that it is was at the core of the transformation of the IT industry of Great Britain, including the changing of the gaming industry landscape in the country. Three decades later, BBC made a new revolution that had a great impact on secondary education, and this was the release of the BBC Micro. The main of this was to teach kids how to write code.

In the early 1980s, the British Broadcasting Corporation embarked on a suspicious project named as the BBC Computer Literacy Project. The project was reacting to the sensational documentary - The Mighty Micro, in which the beginning of the computer revolution was predicted as well as how the micro was going to affect the entire economy as well as the industries in the United Kingdom.

Presently, BBC Micro is not just a demonstration of the British prowess in engineering, but also, its superior performance compared to other pc during the 80s and the early 90s has completely set it apart from the crowd. Its OS, as well as other basic applications, are stored in ROM located on the motherboard. As a result, the load time has been reduced to nearly zero. if you need BBC Micro ROMs you can get them of this page.