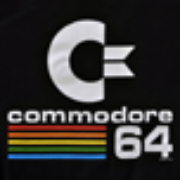 Commodore 64 was released back in 1982 by Commodore International and it holds the Guinness record as the most popular personal computer of all times. It was sold in amounts which vary according to the source, but the maximum figure suggests it was sold in over 17 million copies. The lowest number is 10 million copies. Anyway, it remains as the most popular personal computer of the old era. Today, these devices are highly popular in the world of collectors and can reach a very high price. The original price for Commodore 64 was $600 which translates in $1600 in today's money.

Commodore 64 is the most popular device of this kind, but it wasn't the first. The predecessors were Commodore VIC 20 and Commodore PET. However, both of them were less-popular than the device in question. Don't forget that Commodore 64 got the name for famous 64 KB of RAM memory and it is also known as C64 or CBM 64. It used the 8-bit processor. Graphics capabilities were advanced for the time and there was a separate waveform available as well. The most important time period for Commodore 64 was between 1982 and 1986. Back then, this computer held around 40% of the total market share in the United States. The company made over 400.000 units per month and all of them were sold as soon as they hit the stores. At the same time period, Mac and IBM computers were available on the market also, but they were far less popular among the users.

Today you can find C64 Preservation Project ROMs. The project itself refers to the effort of fans who want to collect games and media in pristine condition due to preservation. Then, they will be properly protected from damages which can occur due to poor handling and even due to age itself. Some of the best games and original developments have been preserved and digitized. This also means that players like yourself who want to try our or better said play Commodore 64 classic games once again can do it.

Commodore 64 Preservation Project ROMs are obviously available right here and you can download all of them. You can play on a PC using state of the art emulator known as VICE. With this simple emulator, you can enjoy classic games such as Commando, Katakis, Contra, Summer Games and so much more.