Note: To be able to play this ROM on your device you need a Saturn emulator installed.
Spread the love:

Sega's answer to Nintendo's Fire Emblem series, the Shining Force games are turn-based strategy RPGs where you control a small army of warriors, knights, mages, and archers and fight against the forces of evil. The main functional difference between Fire Emblem and Shining Force is that there is no perma-death in Shining Force. / Shining Force III was released as a three-part game, but due to the colossal failure of the Saturn, only the first scenario was released outside Japan. This makes Shining Force III a generally shorter game than I and II. That all being said, SFIII is still quite enjoyable, especially if you like FE. If you have never played FE but don't know where to start, the SF series is a great starting point. They are much more forgiving than FE, but play pretty much the same.

a Short RPG with great Music but a horrible story 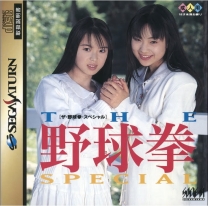