Note: To be able to play this ROM on your device you need a SNES emulator installed.
Spread the love:

This is the classic trilogy of NES Mario games, plus the SNES release, SMW. 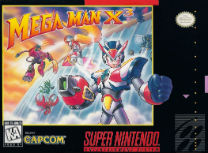